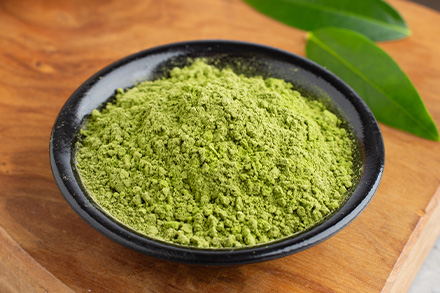 Matcha is the ground powder of the dried tea leaves from the plant Camellia sinesis. One month before harvest, the tea plant is shaded from sunlight to concentrate plant nutrients. In May of each year, the freshest and best young tea leaves at the top of the plant are harvested. The leaves undergo a specialized process of steaming, drying, and separation before they are ground in hand crafted granite stone grinders into micron-sized matcha powder.

There are two grades of matcha green tea. Culinary grade is of lower quality and is suitable for cooking, baking, and confectionery. Ceremonial grade is of higher quality and is used in traditional Japanese tea ceremony. We use only the highest grade of ceremonial matcha in its organic form. Our matcha has a vibrant green color and does not taste bitter or grassy.

Dr. Tuan and Bill drink matcha for its many benefits. Loaded with green tea polyphenols, matcha supports heart health. Matcha also boosts energy and enhances calm without causing a crash. Matcha energizes and calms by the synergistic effect of caffeine and L-theanine. Dr. Tuan has personal testimony. He would never drink caffeine-rich coffee before a coronary artery bypass operation, which requires exquisite finger movements which are fractions of a millimeter that only a surgical magnifying glasses can detect. Yet, he can consume matcha green tea and operate with energy and mental focus without the jittery.

Much time was spent on the design of a logo that was simple, yet elegant and meaningful. In its simplest form, the Yum Matcha logo represents a green tea leaf. It also can be interpreted as a tea cup, tea pot, or a swan. To Dr. Tuan and Bill, the logo symbolizes the heart, with the three stems in the middle of the tea leaf representing the three coronary arteries supplying blood to the heart. Matcha is close to the matters of the heart.

Yum means “to drink” in Chinese, whereas matcha is well known as part of Japanese culture. The Chinese connection to this Japanese tradition is that over nine centuries ago, Japanese monks brought the tea plant from China back to Japan, where subsequently the tea plant was cultivated, and the process was developed to create the finely ground green tea leaf powder known as matcha. 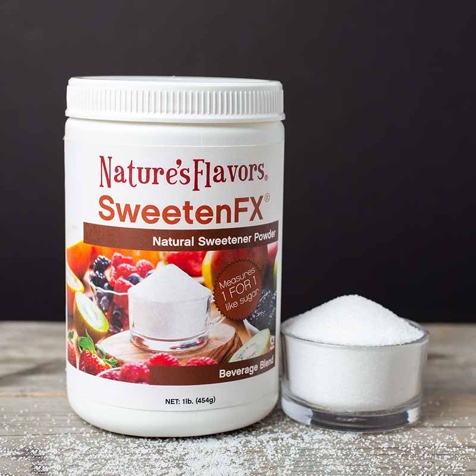 SweetenFx is our proprietary blend of debittered stevia and erythritol. Stevia is a natural sweetener extracted from the leaves of the Stevia rebaudiana plant. Erythritol is a natural sugar alcohol made by the fermentation of glucose by yeast.

The purpose of printing the chemical symbols on the label is not to teach a lesson in organic chemistry. Rather, the symbols serve the purpose of bringing awareness to four prominent phytochemicals found in matcha, namely epigallocatechin gallate (EGCG), caffeine, L-theanine, and chlorophyll. They are to evoke thought of “what’s inside” and “why we drink” matcha. The larger lightened chemical symbol for EGCG on the front of the label is to remind that EGCG is the superstar of the matcha green tea drink.